Amanda is a minor protagonist in the 3 Ninjas: High Noon At Mega Mountain film. She is the brothers' new technologically inclined neighbor on their block, and possibly Colt's new romantic interest. She plays a moderate role with the young ninjas in successfully defeating Medusa and her henchmen.

Amanda and her family move onto the same block as the Douglass family. Mrs. Douglass had walked over towards her mother as she was unloading various furniture and brought over a baked cake for her family, introduced herself and welcomes her and the family to the neighborhood. Colt and Tum Tum come out of the house to see the new neighbors as well. While coming out, they are hoping there are no prissy neighbors like their previous ones. At the very moment Colt says this, a formidable toy helicopter comes by and nearly hits them. The woman's daughter comes out of the U-haul truck and appears unique blonde teenaged girl appearing to be very computer and electronically inclined, but pretty an ingenue way.

Colt warns her of an approaching kid with a bike which she falls over losing control of the toy chopper. Without control, the chopper lands and smashes the brother's bedroom window. Rocky captures the plane while still in the room. Amanda's mother formally introduces her and she introduces herself with an apology. Mrs. Douglass invites her over for breakfast with her and her sons. After making amends, she is invited to Tum Tum's birthday party the following day at Mega Mountain which she accepts.

Once at the tower, the boys transmit to their father. Amanda arms her new found friends with a few technical weapons they can use during the confrontation. She gives Rocky the yo-yo, Colt the deck of cards which are as sharp as the ninja star, and Tum-Tum some explosives. While the boys fight, Amanda works behind the scenes. Amanda utilizes a hand-held computer and is able to hack out some of the programs. However, Medusa quickly has her access locked out, and suspends a roller coaster train full of people at the top of a loop, threatening Harry with their deaths if he does not pay her a large sum of money. After some time, Harry then begins to give Medusa the $10 million bag by bag, but as the final bag drops Amanda uses her helicopter to cut it open. Medusa discovers this and grabs her and holds her captive.

The brothers manage to overcome the confrontations and save Amanda, but her laptop breaks down and she cannot disarm the bomb she's attached to. Thinking quickly, they attach it to an oxygen tank on rollers and attempt to break its valve to send it away with the help of the now-conscious Dave Dragon.

After Medusa is arrested, she is noticed by media to be one of the heroes of the day's events. The boys made amends to their grandfather and even said they might have a new recruit; for Amanda to join them next time, an offer she accepts graciously. Together, they all wish Tum-Tum a happy birthday at Mega Mountain. (possibly becoming nine years of age)

She is approximate thirteen of age. She is very friendly, polite and cheerful much like Emily in the original 3 Ninjas film. Although, she has a tomboyish, intellectual aura, she is pretty in an ingenue way. She can be very much the girl next door, but with an understanding of how boys are. She is ready to explore and if able to fend for herself, she is not one to be a damsel in distress. 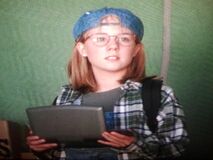 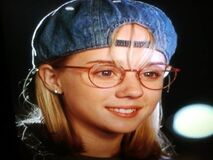