Don Stark (born July 5, 1954) is an American actor from New York, New York whom played the Sheriff in the 3 Ninjas Knuckle Up film. He plays a middle man, but ultimately he is corrupt authoritarian figure. He also plays in the next 3 ninjas film, 3 Ninjas Kick Back as the Umpire in the baseball game.

He is married to Aubrey Robinson (1989 - present) and they have 3 children. In his spare time, he coaches softball which his daughters play for the team, and volunteers for the YMCA. 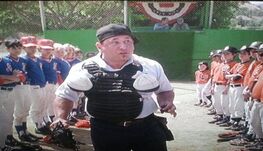 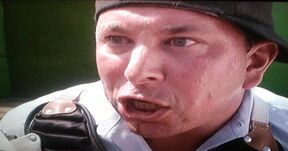