Emily is a minor character in the original 3 Ninjas film. She is Rocky's love interest during the original film. As much as she likes him, she dislikes when he shows off which resulted in getting her bike stolen by Darren and the other bullies. She aids the brothers when the three surfer dudes try to be kidnap them. When they are abducted, Emily gives the note left by Mr.Brown saying Hugo Snyder was responsible. She runs away before she is even questioned by Mrs. Douglas or anyone else. After the ordeal of events and the gang continuing to antagonize them, Emily surprisingly condones Rocky with a smirk on her face to "show off" when the gang tries to bully them again.

When the boys return home from a long summer with their grandfather, they see her leave from a group of friends and ride her bike up towards their house to greet them. Colt and Tum-Tum tease Rocky while in the car saying, "Rocky loves Emily." After the conversation with their father, she overhears Samuel's new name, Rocky. She says she like the name and thinks it's "Cute". He blushes and then says he has to go. Agreeing, she departs as well as Tum Tum who has been spying on them during their conversation. On a school night, she talks to Rocky through her light attached with a two-way radio. She offers to ride with them at which he tells her not to be late. She overhears his brothers and shakes her head in humor. On the way to the house, she greets Mrs. Douglas and departs with the boys to school. During their bike-ride to school, the boys do a bunch of juvenile things at which leaves Emily to shake her head with a grin. Not too much longer, they lose Emily having taken a shortcut. As Rocky goes back to look for her, she lets off a scream, "Rocky!" When he finally finds her she is standing watching as the bullies take off with her bike. She becomes mad at Rocky for showing off and walks the rest of the way to school. Later on at their afternoon recess, Emily stands by to witness the bullies harass Rocky's younger brother, Colt. Colt's clumsy playmate loses the ball and the Main Bully picks it up accompanied by Darren. They antagonize him and say that he will have to play them to receive the ball back. Soon after, Rocky comes to the commotion and challenges the bullies to a game of basketball; two on two and Giving the bullies a 9-point lead. Despite some unfair play from the bullies during the game, they effortlessly win Emily's bike back. During the surfer dude incident after being weakened by the boys', the surfer dudes go to the boys' room and figure out how to lure Emily by imitating Rocky's voice which works due to Emily being half asleep and less aware. The surfer dudes hold Emily captive at the door. The surfer dudes bring Emily to the door of the study room as captive at gunpoint. Colt's trick with the instant diarrhea works on Hammer and Marcus leaving Fester alone with Emily. He confronts Colt and Rocky and holds them gunpoint but ask where their little brother is. Tum Tum says "Up here!" and suddenly attacks with a tennis racket hitting Fester in the head. While Tum Tum hits him, Emily faces Fester by kicking him in the shin and gives him a powerful right hook knocking him out into the door frame face first and then finally to the ground. The brothers look impressed the whole confrontation. Colt say, "Alright Emily." She says, "No sweat." and folded her arms and leans on the door frame and looks up to see Tum Tum. Then to celebrate their defeat, she was about to take a big sip from the cola cup. Then Tum tum stopped her just in time before she could. He warned her that it was the diarrhea cup. So if she drank from it she would gotten diarrhea too. She helps them try to aid the babysitter from being held captive in the foyer closet. When comes back with the napkins, the boys are held captive beyond her help. They give her a note to show authorities saying, "...and lay off Snyder." Soon, Jessica and Sam Douglas arrive to find the boys' missing and the house is surrounded by law officials. They learn from a note Emily gives them that Snyder is responsible. Before Jessica can ask Emily anything else, she runs away. It is possible that Emily called the police after the boys were kidnapped so they could arrest the surfer dudes who were sent to kidnap the boys.

Additionally, in the international version the boys LOSE the basketball challenge and their bikes, so a scene ends the international version of the film in which they fight the bullies to get them back. Emily remarks about Rocky showing off and how they would not be walking if he didn't show off. The bullies come once more, hold them and deem they have more problems. As much restraint as Rocky tried, the bully keep antagonizing him, until Emily tell Rocky to "Show off". Rocky does a series of arsenal on him an ends in a hook heel kick technique which sends the other bully's running. In the end, they get their bikes back.

Emily is approximately eleven or twelve years of age in the film. She is a down-to-earth girl whom possesses a friendly, cheerful demeanor which wins her popularity amongst various friends around neighborhood and in school. She resents folly and arrogance as to why she shows indifference towards the bullies and get angry at Samuel for "showing off". Underneath her patient, friendly personality, she possess a strong will and a sense of justice which shows when she confronts and overpowers Fester. In the deleted scene, She condones Samuel to "Show off" allowing him to act in self defense. 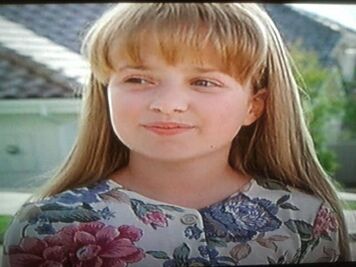 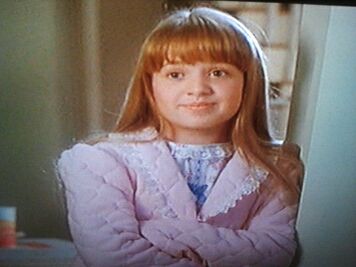 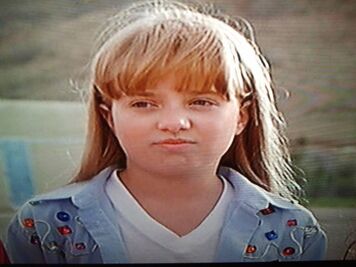