Jennifer is a minor character in the 3 Ninjas: High Noon At Mega Mountain film. She appears to be Rocky's actual blonde and beautiful teenaged girlfriend during the film. During the film, she is the girl next door with a bit of aristocratic aura, but becomes insecure when her boyfriend is away from her for prolonged periods of time.

On Tum-Tum's birthday, the boys and Amanda are dropped off at Mega Mountain Theme Park, and peer pressure leads Rocky to disappoint the group by opting to spend the day with her rather than spend it with them. Eventually, Jennifer loses her purse on of the rides and he offers to go look for it. She grows distressed and insecure when he is gone for a prolonged period of time.

Meanwhile, "Medusa", seeing the boys as a threat, manages to have her nephews kidnap and use her as bait to keep the kids from interfering by tying her to the roller coaster tracks and threatening to release the train, causing it to run over her. Rocky battles with Lothar when attempting to free her, and causes him to literally bounce out of the park and into the hands of the authorities where he is arrested. Medusa releases the train which Rocky rescues her just in time to see it race pass them. She tells him that he saved her and kisses him.

In the finale of the movie, she is present by Rocky's side to witness them as media's prime attention for saving the day and wishing Tum-Tum a happy birthday.

She is approximately thirteen or fourteen years of age. She is a beautiful, blonde teen-aged girl appears to be a girl of a certain slight aristocratic aura to her. She is insecure to a degree and will be at times a typical damsel in distress. 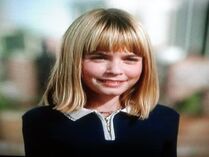 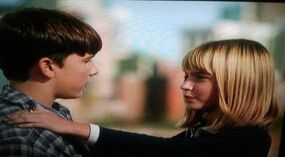 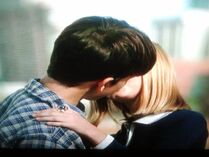