Jessica Douglas is mother to the young ninjas, Samuel "Rocky", Jeffrey "Colt", and Michael "Tum Tum" throughout the entire 3 Ninjas Franchise. She is the daughter of Mori Shintaro making her of blended heritages; American and Japanese. She marries Sam Douglas, an prestigious FBI agent, and they have children. She loves her three boys very much, and unlike her husband, she seldom worries as she has a certain in faith her father knowing his ability and that he has trained them well.

Each year, Jessica allows her sons to visit the cabin of their grandfather for the summer. When the boys return home, their father is talking to his partner Jerry. Douglas hates martial arts, despite having married Mori's daughter Jessica, he is not enthusiastic when the boys try to show him what they learned, and more irritated when they explain their Ninja names. Before their father leaves in the patrol car, he says, "Don't forget to kiss your mother "hello" Jeffrey. With his mother and grandfather watching from a distance, he insisted by saying, "It's Colt." with his mother looking from a distance. The boys continue into the house and greet their mother with hugs and kisses. As Colt kisses his mother on the cheek, she stops him by saying, "Hey, I think you're going to make a great ninja warrior." He scoff and says, "Whatever..." She confides in her father by saying, "You think being a ninja's hard work, Try being a mom."

The next morning, Jessica is hustling trying to get her boys' lunches together. She and Emily greet each other as she comes over to ride her bike together with her sons. Before she can tell them "Have a nice day" her boys have already made it to the garage for her to heard the door close behind them.

After a long day, the boys are at home for the evening. She is preparing to meet her upset husband out while trying to situate the boys for the night. She can't find her son, Colt, and ask Rocky where he is which he says, "I don't know, who cares?" Meanwhile, the door rings, Mrs. Douglass asks Tum Tum to grab the door for the babysitter. Tum Tum opens the door to find that the babysitter is hardly approachable. Mrs Douglass finds Colt in the study worried. Colt ask his mother if he is going to tell his grandfather not to teach them anymore. She says, "Honey, we'll see... He been pretty upset about his work, and I don't think this is the best time to ask him." She pleads him, "Now, you be good, okay." and puts up a playful fist with a slight smirk.

During the invasion of their home and their boys defending themselves, Jessica and Sam are on the way home from the meeting discussing whether the boys should be able to continue seeing their grandfather for martial arts training. She states, "Forgive me for being so supportive of my father, my Asian side i guess... Her husband says, "Then why you giving your husband such a hard time." She hesitantly says,"Well, that my American side." He remarks, "That's very funny." She continues to say, "Look Sam, they love what they do, and they love him. He pleads, "Sweetheart, all I am trying to say is that someone may get hurt."

Jessica learn from a note Emily gives them that Snyder is responsible. Before Jessica can ask Emily anything else, she runs away (possibly fearing further interrogation by authorities). She calls Sam and tells shows them the note crying, "Snyder took the boys! yes.." Sam promises his wife they will get them back. A few seconds later, Mori comes in ninja's attire. Mori then offers to sneak in and rescue them. Mori and Sam clash in philosophy at which is best course of action at which Jessica intervenes and tells them to stop arguing with each other and think about the boys. She deems that her father is a very special man and if Snyder sees her husband that he may hurt the boys. Sam clears the boundary by saying, "Mori, We both hate snyder, and I know that, we both love those boys. Now, I'm trusting you to bring them home." Sam gets a brief message and then tries to continue to converse with a mysterious departed father-in-law. Jessica then tells her husband, "I told you he was special."

Her husband, to her happiness, has found more time to spend with their sons and is the coach of his sons' baseball team called the dragons. She sits in the cheering section with her father watching her sons play. He, his wife and his father-in-law witnesses his sons' various growing phases on the field. He scolds the boys for their bad behavior when the game is canceled after Colt finally losing his temper with the bullies from the other team and causes the confrontation amongst both teams. Upon scolding, he once more blames it on their ninjitsu training saying to her and his father-in-law, "You see what all this ninja-stuff does? All they want to do is fight." Their father continues scolding Colt about the game as he was the major incident. He scolds Colt about his temper, but his wife says, " I wonder where he gets it from".

Before taking their grandfather to the airport, He continues to talk to his son about the game and having a cooler temperament. Colt is annoyed by the constant reminders, but sarcastically agrees. His mother intervenes by saying, "Hey, don't forget your father was a kid once too." He sarcastically says,"I thought he was born full grown with a suitcase." She calmly says,"That's enough, Colt."

Jessica one day comes home to an empty house. She calls for her boys one by one, but doesn't get a reply. She spots a note on the stairway handle indicating her boys have went off to Japan for their grandfather. As she reads the letter, worry comes to her face and she lets off a scream of frustration and worry. Her scream echos into the scene of the loud engine of the plane at which her boy's voyaging to Japan.

When they reach the hospital, their grandfather insist they called her and let them know they are alright. He gets on the phone and calls to America to find his daughter upset. To his grandsons, he says, "She's pissed..." The boys say in unison, "Hi mom!" as he holds the  phone out for them to speak to her. She calms down when she speaks to Tum Tum, but makes him promise to call her everyday at two o'clock in Tokyo time. He agrees.

When the boys went to Japan without to help their grandfather out beyond their parent's knowledge, Colt and his brothers are in middle of a confrontation with Koga's ninjas and has taken one of their phones to call their parents as it is two in the afternoon which they promised to call. Tum Tum successfully gets their mother on the phone, but eventually their father grabs the phone by the time Colt and Rocky get the phone. Sam once more scolds Colt about the ninja training which he frustrated he says while fighting a ninja, "Fine. I'll set aside for a month." Sam knowing how his son is says,"Don't be a smart kid!"

During the time their sons and Miyo are imprisoned in Koga's headquarters, Jessica walks in on Sam in the boys' bedroom looking at their photos. He tells his wife, "You know, it doesn't even seem to think to care what I think anymore. They listen to their grandfather more than they listen to me." His wife tells him, "Well, they listen to their grandfather because their grandfather listens to them." He starts to say, "I just wish they can behave more like..." His wife finishes his statement by saying, "Like what? Like you?" He agrees. She tells him, "They can't honey, they're not you. They are Samuel, Jeffrey and Michael. He says, "No they're not." Finally accepting both of their identities once and for all he says, "They are Rocky, Colt, and Tum Tum. I just wish they'd come home." His wife agrees as they embrace each other as they miss their sons.

By the time they return to America for the game, she is overjoyed to see them and is once more in their cheering section with their grandfather. Amongst returning back to America, the boys had a cooler mindset having advanced in their training in Japan. Her sons played baseball with more spirit and sportsmanship. She is once more proud that her husband and sons have bonded once more. She's even more happy with her father when they win the game. She is especially happy seeing that her closest son, Colt, has keep his temperament, hits the winning run. Despite being the prime reason of a previous cancellation game, he is the sole cause for winning this game redeeming himself. His mother is especially proud of him.

She doesn't play a role in 3 Ninjas Knuckle Up, nor is she mentioned, but if shown most likely would have assume her role as the boys' mother.

Jessica and Sam fell in love much to Hugo's dismay. It is unknown how much her father, Mori, approved of Sam, but from the looks of their relationship in the first one, there is a lack of understanding between the two. This prove true when their sons reached the school ages and they were able to practice martial arts which caused more tension between Sam and Mori. Jessica and Sam would have opposite opinions regarding this. Jessica would rely her husbands concerns regarding the training, but ultimately agree with her father and support her father knowing it is in the boys bloodline.

It is very clear in the scenes that Jessica and Sam have a very convention, but genuine love for one another. She takes care of the household, the kids and supports Sam at work. Throughout the series, their relationship shows more definition. In 3 Ninjas Kick Back, Jessica clearly wears the pants in the household as when the boys finally call home from Japan, she grabs the phone directly as it rings right out of Sam's hand. She is seen mediating the family disagreements seen in both the original 3 Ninjas and 3 Ninjas Kick Back.

Ultimately, She helps her husband to see that the boys have him and her whole bloodline combined and share the best of both worlds. This helps him have a stronger relationship with his sons. 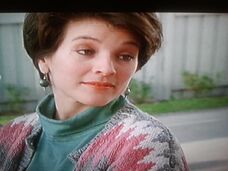 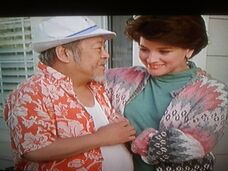 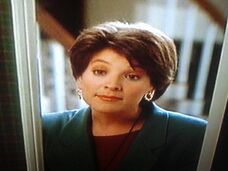 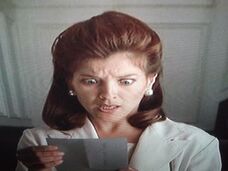 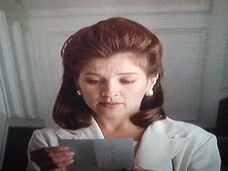 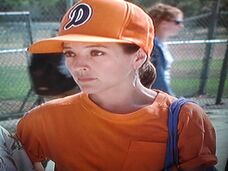