Jo is a character that appears in the 3 Ninjas Knuckle Up film. She is the young, beautiful Native American girl whom protests with her tribe against Jack Harding the freedom of her land by ridding of the dump that contains various toxic waste that hinders her lineage. While advocating for her land, she also is worried for her father's safety as he has been kidnapped when he had taken a direct approach in restoration of their land. She becomes Colt's romantic interest.

On the way to spend the summer with their grandfather, the young ninjas witness Jack Harding with law official trying to move people from the land. Amongst those people, she was the young girl that beheld Colt's eye when J.J. pushes her down. When knocked down, her mother rushes to her aid, but she continues shout and protest, "No more dumping! no more killing!" After Mori is forced to drive off by officials, Jack Harding's crew began to become violent towards her people causing massive confrontation.

Later, the boys encounter a group assaulting the same young girl whom they previously saw while venturing into the city passing the desert where the Native American tribes protest about the dump in the land at a pizza parlour. After fending off the men, they are praised for their martial arts techniques by the customers, which gives them big heads. Their grandfather hustles them out due to them boasting about the commotion. The young ninjas were so ecstatic about their abilities that they didn't even recognize Jo wanted to thank them for helping her.

The next day, Jo finds them after their grandfather told her they had to clean up for the damages caused. She becomes acquainted with the boys (even the reserved Colt) and later and explains that the men are under the employment of Jack Harding, an industrialist who is illegally dumping toxic contents into the reserve, without proof, they can do nothing. Jo's father had gone to investigate, but had not returned. Colt, who is seemingly attracted to Jo says that they will help. Jo watches their bikes while they find Jack's men around in the city and follow them to the city counsel where Jack Harding was making dealings with the city officials for corruption.

Returning back to Jo, they mount an escape plan for her father that night. During the confrontation, they rescue Jo's father at which he informs them the disk is in one of the quivers. Returning Jo's father to his homeland, They spend the night celebrating with the tribe and getting thanks for helping them. The Young ninjas become honor warriors deemed by their tribe despite being truly of lineage blood. During the celebration, Jack's Harding invades them once more and a confrontation arises once more, but the tribe fights them back along with the young ninjas and their grandfather having arrived to looking for them.

During the next day, Colt presents Jo with a Malibu ninja symbolizing his affections towards her. While Colt converses with Jo, Rocky observes an elder woman speaking to the flowers. He interrogates her in regards to the flowers. She says she is picky them to make medicine for his wounds. After talking to her, he begins to ponder of the meaning of the flower. After that, Jo's mother attempts to take her daughter, Rocky, Colt, Tum Tum to the court hearing, but the group is ambushed by Jack Harding's men and Jo is kidnapped as Jack had planned.

As Jo's father appeals for a court date with significant evidence to put Jack out of business for good, undeterred, Jack arranges to have Jo kidnapped and convince her father to falsify his evidence, which he has no other choice due to his daughter's life in question.

Rocky and his brothers get information to where Jo is being held and drive out to free her. They return before the court case is dismissed and all of her father's hard work accounts for nothing. After working through a small band of armed men, they find Jo and return her to the court house just before her father turns the real evidence over to Jack. As Jo arrives in the courtroom, her father is about to hand the disk over to Jack as he demands "Let me have it!". Her father deliver a right hook knocking Jack onto the table. He admits his mistake to the court and hands the evidence to the judge who deems the case and shuts down the company producing the waste. Jo looks around for the 'heroes' of the day, but they are nowhere to be found.

Jo is approximately eleven or twelve years of age with a strong sense of justice. Besides the strength in justice and advocating fiercely for it, she is naturally soft-spoken and has a spirit of harmony, peace and tenderness, and also possesses a love for nature and deep love for her family and heritage. 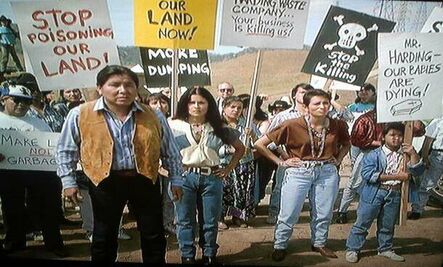 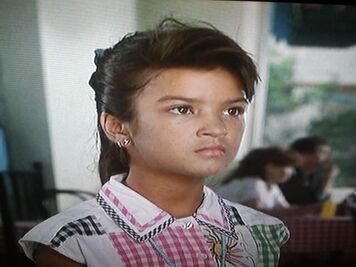 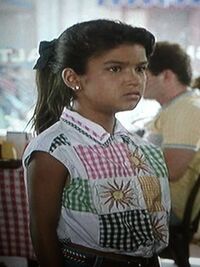 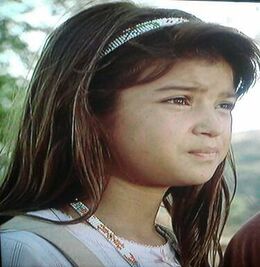 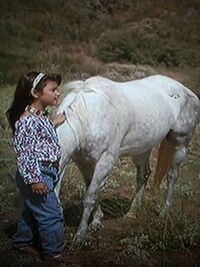 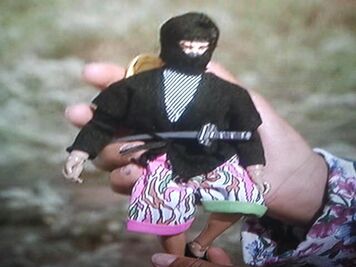 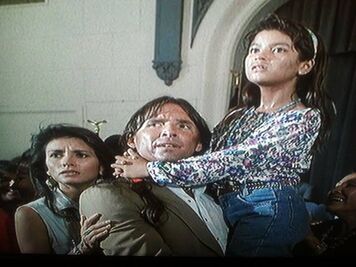