The Mayor is a character in the 3 Ninjas Knuckle Up film whom ultimately is corrupted and assist the antagonist, Jack Harding, knowing he is the one who build city hall and the town to in fulfilling his desire with the landfill. Charlie also works under the Mayor as to how he had access to private files such as the disks he found concerning the landfill.

When the brothers seek out Jack's men, J.J. and his buddies around in the city, they follow them to the city counsel where Jack Harding was making dealings with him. Jack successfully convinces him that he is the one responsible for construction of his town and if anything happens to him, he would regret it. Jack also successfully dictated to him to hold the hearing immediately in order to get it over with so he can go through with his future plans for the landfill.

He appears to be head of the court and introduces the Environmental Protection Agent in court. He warns the defendant, Charlie, that his allegations are serious in nature and hope he has evidence to back it up which Charlie's best friend, Lee,says, "We most certainly do, Mayor." and supports Charlie in his presentation. The mayor listens during the rest of the proceeding.

In the end, the environmental protection agent make a decision for Jack Harding's landfill to be shutdown permanently and which he rules in Charlie's favor. It is unknown whether the mayor was affected by his decision ruling in favor of Charlie.

The mayor is known as a cigar smoker, and is not looked kindly upon Jack Harding when he catches the mayor smoking in his office. When he is caught smoking, Jack responds by taking the cigar out of the mayor's mouth, saying, "There's no smoking in here, its bad for your health!" and ironically placing it in his own mouth. 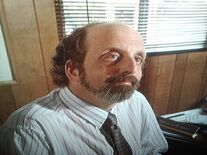 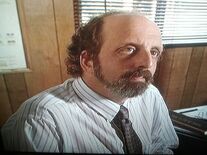