The protagonist young ninjas in the 3 Ninjas consist of Rocky, Colt, and Tum Tum. Another young ninja Miyo makes an appearance exclusively in the 3 Ninjas Kick Back film alongside the original young ninja brothers when they venture to Japan for their grandfather. Their grandfather's full heritage is Japanese. His daughter (their mother) is Half American and Half Japanese making the young ninjas have a quarter or less of their Asian heritage in their bloodline. Either way, his grandfather takes the opportunity to train them similar to how he would for an heir child and taught them all karate and ninjitsu.

Rocky is the oldest of his brothers and deemed the wisest. His attacks themes are based on cleverness and strength (at which sometimes brutal). By default, his younger brother look to him for a sense of guidance. In being the oldest ninja of his brothers, he is quick to pick up the charms of other teenaged women in the films. He has had a romantic interest in every film in the franchise except in 3 Ninjas Knuckle Up which Jo became the romantic interest of his younger brother, Colt much to his surprise. Much like Leonardo of Teenage Mutant Ninja Turtles, he posesses the ability to meditate, think deep, and gain insight to any situation.

Colt is the second oldest of his brothers and deemed to have high energy. He is a skilled martial artist not only possessing speed, but well balanced power and prides himself on clever tricks in order to trick his enemies. In having such high energy, he is also impatient, abrupt, sarcastic, and even quick-tempered, which causes him to clash with his brothers on occasion. Many of his traits makes his personality identical with that of Raphael of Teenage Mutual Ninja Turtles. In 3 Ninjas Knuckle Up, he gains a love interest towards Jo much to a surprise of his brothers.

Tum Tum is the youngest of his brothers. He got his name from his appetite. His style of ninjutsu often times has themes of culinary emphasis and his small, tricky figure being a very young. Due to his comic relief personality, he is alike to that of Michelangelo of Teenage Mutant Ninja Turtles. He often likes to exaggerate, which causes his brothers to speak out to get him to be truthful. As seen in the original 3 Ninjas and 3 Ninjas Kick Back films, as the youngest brother, he is prone to get emotional and homesick, but these feelings will always be accompanied with his love for food. 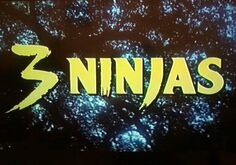 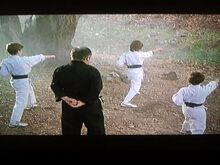 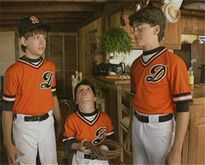 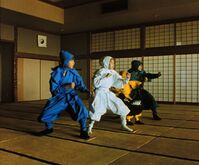